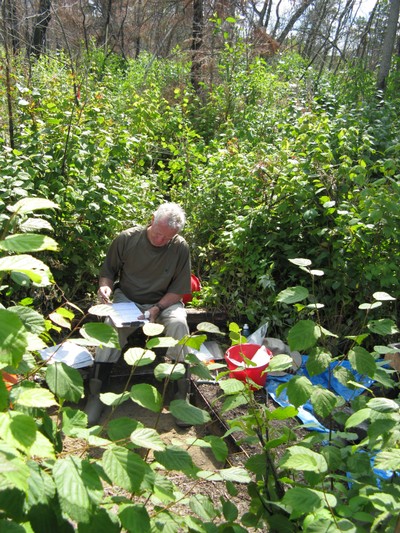 Dear PITsters,
It is with heavy heart that we must inform you of the loss of long-time volunteer Tim Straub. We learned just recently that he passed away on 12 September 2012 while on an excavation project in Spain. There are many of you who knew Tim and worked with him over the years, and you know how dedicated he was to PIT and to everything and everyone he called his own. The project leaders who worked with him tell us he was a joy to have around – he had an infectious personality and could have an intelligent conversation on a wide variety of topics: archaeology, history, traveling, wine, family, life, and just about everything else! Tim dedicated years of his time to the PIT Program, and there is no way we could ever express our gratitude for all he did, nor any way we could fully describe how much he will be missed by this community.
The following was also sent in to us from Lee Johnson, long-time PIT Project Leader on the Superior National Forest, and Barbara Beasley, PIT Leader for every paleontological project Tim every participated on with PIT, echoed the sentiments Lee expresses: 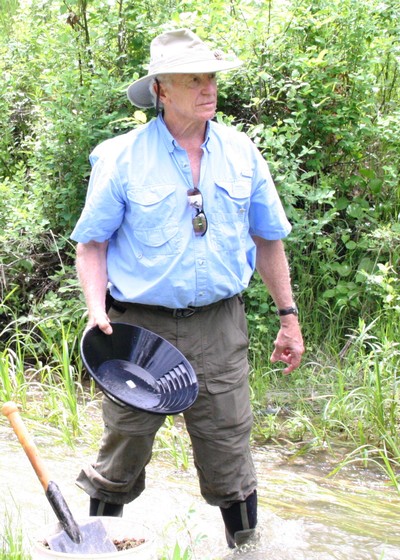 “I heard yesterday that one of my long-time PIT volunteers, Tim Straub, had recently died of a massive heart attack while on a volunteer archaeological dig in Spain. Tim worked on PIT projects on the Superior over the years. The most memorable was a site evaluation project we worked on in the Boundary Waters Wilderness in 2009. The site turned out to be an 18th-19th century Fur Trade encampment, and we found a bunch of strange wrought iron implements that we knew were historic, but we couldn’t quite ascertain their function. Tim pestered me on the phone monthly for about a year concerning an unidentified artifact he had recovered from an excavation unit. He would send me references, email links, and speculative ideas on the artifact’s purpose. As things normally go, I would have been happy to let the artifact rest in the curation room and move on to more pressing work…but, Tim wouldn’t let it rest. Some months later, I was looking through Stone’s book on Fort Michilimackinac and, bam, there it was. Turns out the artifact was a gimlet, a sort of woodworking tool used to drill holes in wood (not the kind you make with gin). That was an interesting artifact and, along with the other artifacts that were recovered, it seemed to suggest that the site was more than just an encampment. So, I guess the moral of the story is, Tim had a passion for understanding and learning about the past. Sometimes it takes folks like Tim to remind us that individual artifacts are an important part of the assemblage….and the same goes for the individual volunteers and their contributions to our heritage programs. Tim will be missed here on the Superior…”
…and everywhere else fortunate enough to have had him around, even for a while.
Home | About | Current Projects | Previous Projects | PIT Honor Roll | PIT Highlights | Announcements | Contact | General Site Map
Back to content | Back to main menu